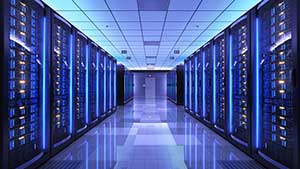 This term refers to the goal of having the benefits of cloud computing but paying only for the use of servers when necessary. The “serverless” part of the buzzword is a bit confusing as there are still servers involved. Clients still gain all the benefits of using the cloud through servers from providers like Microsoft Azure, Amazon AWS, Google Cloud, and other platforms, but they utilize these services only when needed in a pay as you go arrangement.

Experts believe that a revolutionary new era in computing power will soon be a reality, as the first quantum computers will be released this year. Quantum computers are different than the usual binary computers that are restricted to binary bits (0 and 1) as they use qubits with more distinct values to allow computations to be performed in parallel. Using qubits enables computers to be more flexible, efficient, and powerful with the ability to solve problems that are more complex. Google has been testing a 49-qubit processor that had been scheduled to debut in 2017, so technology observers now expect it out this year.

For clarity, VR is where the user is using some type of headset and feels fully detached from their physical body in an alternate world. AR takes computer-generated content and transposes it in the real world. For example, a real estate agent or designer uses a tablet to show an empty dining room with virtual images of different furniture. MR is a mixture of both VR and AR and combines the use of sensors, optics, and advanced computing to overlay augmented holographic digital content into your real-life environment. This technology enables the user to experience amazingly realistic interactive scenarios.

As XR technology continues to improve to mind-blowing levels, the applications for business and recreational use will correspondingly increase as well.

As you read about new IT developments, one word that increasingly turns up added to many terms is “Ops.” The most common term associated with Ops is DevOps, which refers to a software development method that blends development and operations. Using this more agile collaborative approach, companies bring together developers and operations team members to solve issues for a new application during development rather than waiting for costly post-deployment problems.

In 2018, you will increasingly see Ops added to terms such as in CloudOps, BizOps, SocialOps, and ChatOps. The IT world uses the term Ops to capture the meaning of a new approach to issues associated with each of these business functions.

With the growing popularity of DevOps, the traditional monolithic software development lifecycle is heading increasingly toward a model called microservices. Instead of looking to build one app for each business solution, companies are developing applications as a suite of independently deployable, small services. In microservice architecture, each service runs a unique process and communicates with the other services through a well-defined mechanism to serve a business objective.

Microservice architecture makes it easier to create and update effective enterprise applications than traditional architecture. Because of its scalability, this software development method is well suited to support a range of platforms and devices on the web, mobile, and Internet of Things, and whatever new technology appears in the future.

As the volume and variety of data becomes more accessible to small businesses through the cloud, the availability of powerful new tools has made it more imperative to not only analyze the data, but to use it to make the most effective business decisions. New actionable analytic tools using artificial intelligence and machine learning are increasingly able to effectively compile and analyze company data. These tools can reason, learn, and deliver advice and workable recommendations to better attain business objectives. These new applications provide small companies with user-friendly data interfaces that can quickly access valuable information and offer insightful recommended actions, which companies can accept, reject, or modify as part of their decision making process.

Dark Data is normally defined as the information assets companies collect, process, and store during their normal business activities but generally do not use for decision making or other useful purposes. The amount of dark data has increased considerably in conjunction with the widespread use of the cloud. The massive amounts of data that companies can now collect can often exceed their ability to analyze it. Much of dark data is composed of “just in case” files, images, and documents, which unnecessarily increase the cost of storage and security.

Experts warn that small businesses should not ignore this growing problem as any data not analyzed could be an opportunity lost as well as a potential security risk.

With all the good that technology brings in both the professional and personal worlds, it is impossible to avoid the negative side of its unstoppable advance. Because of social media overstimulation and the constant connection to the digital world there are real negative emotional and physical effects for users. As a result, there is a growing movement toward taking planned breaks from the fast-moving digital world. The idea of Digital Detox is to have a set period of time when an individual refrains from using all electronic devices and focuses on traditional social interaction in the physical world. The goal of these technology breaks is to reduce stress, improve sleep habits, and give individuals an increased appreciation of life in the real world with colleagues, friends, and family. In short, a healthy balance is always the key to enjoying the many benefits of both the digital and physical worlds.

Armed with an understanding of these important technology buzzwords, your company will be more informed about the latest IT trends and feel more comfortable in conversations with your IT partners and others. We encourage you to take the time to learn more about the impact of these trends by contacting a trusted IT Support team like Network Depot.