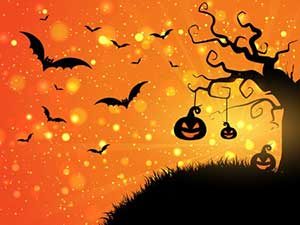 As you try on your cool superhero or zombie costume for this week’s Halloween parties or prepare to accompany your kids trick or treating, it seems an appropriate time to give you some disturbing information that will scare you a lot more than anything you will encounter during the holiday. In short, cybercrime is getting more prevalent and sophisticated as well as more expensive to protect against and overcome. Please check out the list of chilling statistics below if you are in the mood for a good scare!

In previous blogs, we have detailed many concrete steps your company can take to protect yourself against cyber-attacks. Our most important piece of advice: Consult with an IT Support partner, like Network Depot, to make sure your small business is well-protected against cyberattack!

In case you need any reminding of how real and dangerous the threat is, please take a moment to read through these eye-opening statistics compiled below:

To sum up how influential business people feel about the growing cybersecurity threat, IBM’s CEO Ginni Rometty stated succinctly, “Cybercrime is the greatest threat to every company in the world.”

Now that you’ve taken a look at these sobering stats, we would recommend giving your mind a break from all this bad news. Feel free to go ahead and enjoy some of that tasty Halloween candy!

For assistance with your cybersecurity efforts and any other IT-related issues, please contact us here at Network Depot.