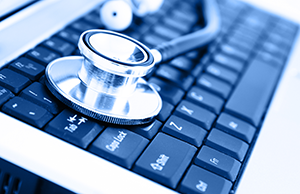 There has been a lot of focus recently on all the trouble the new government healthcare website has been having. Since the first day it went live, there have been daily issues, and they don’t seem to be getting fixed at a very fast pace.

Now, regardless of your personal political views, which I am definitely not going to touch on in this post, I would like to maybe try to look at this from a different perspective. In my opinion, the two biggest lessons that we can learn from this situation are:

Let’s take a look at each one of these in turn.

Have you ever heard the phrase “measure twice, cut once”? Well, in the IT industry, it’s more like “measure twice, test it, go back and measure again, test again, and then you might be ready to cut”. The fact is that the IT world is dealing with vital pieces of businesses. If you don’t have the best preparation possible, it is unlikely everything will go smoothly.

In order to make sure you do enough preparation, you have to make sure you have enough preparation time. Setting really strict deadlines is difficult because you never know what issues are going to come up. It is always better to under-promise and over-deliver. So, if you think you can finish a project in three weeks, it’s best to give yourself a month, just in case. And, you always need to be communicating. If you need to push the project back, that’s usually not a problem, so long as you communicate that.

Now, I don’t know the specific process that the government went through before making the site live, but from an outside view, it seems like they were so eager to get it published by the proposed deadline, that they didn’t spend as much time as they needed to preparing for the potential negative outcomes. Perhaps if they had gone back and tested the site a couple more times, they would have seen the issues before the site went live. Or, perhaps if they had decided to postpone the website release by another month or two, they would have had the time to sort out all the problems before publishing.

To be fair though, you can’t plan for everything. There is always going to be some unforeseen obstacle that takes place, and that is where having and setting the right expectations is so important.
When we onboard new clients, one of the first things we tell them (usually even before they’ve signed a contract) is that the first 90 days are going to be messy. Stuff is going to break. We can’t promise that it won’t, but we can guarantee it will. However, at the same time, we can promise that we are going to do our best to make sure that when things break they get fixed as soon as possible, and that they have minimum impact on your business. This may seem counter-intuitive at first. I mean, why would we tell potential clients that their stuff isn’t going to work?

It’s because we need them to be prepared. We need them to understand that we are not magical computer elves who have to power to fix problems by snapping our fingers. What we do have is a team of dedicated engineers who want to help. We find that most people really appreciate that up-front honesty. It makes them feel like we not only respect them enough to be honest with them, but that we really understand how the IT world works, and we know what we’re doing- both of which are true.

Here’s another example- remember the first time Apple released Siri? or any other really cool update or app? There were always initial problems with it. The first week Siri was released Apple’s servers kept crashing because of how many people were using it! The same thing tends to happen when there is a new game console out. The funny thing is though, because people are so used to this happening, it has become an expectation. Of course things are going to be crashing during the first week, that’s just the way it is. Because of that expectation, users rarely get angry anymore, they just patiently wait for the company to sort themselves out. More people now are even waiting a week or two to purchase new things, so that they don’t have to get frustrated by the initial bugs.

The point is that if proper expectations had been set, the government might not have experienced such a blow-back. If they had understood that there were going to be problems, and they made it known to the public that they were expecting some initial glitches, the majority of people probably would have waved it off and waited patiently for the system to be fixed.

In my opinion, the two biggest lessons businesses can learn from seeing the disaster that is the government healthcare website are pretty simple and straightforward: Prepare as much as possible, and make sure you have (and set) realistic expectations.