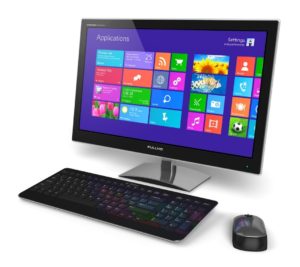 We have created the table below to summarize and compare the features of Office 365 vs. Google Apps. In addition, we have included some options a dedicated server provides.

Office 365 has the advantage here because of the high satisfaction and comfort level companies have with Outlook. Users also praise the advanced calendar and planning features of Outlook vs. the more basic Gmail.

With Google Docs and Google Hangouts vs. Sharepoint, Google has a clear advantage. Google offers superior coauthoring/collaboration tools that younger users are comfortable using in the workplace.

Office 365 works better for companies who require a high level of functionality with Office or similar programs. It provides all the benefits of the cloud such as collaboration tools and mobile access. Many companies prefer Office 365 because their employees are already familiar and comfortable with Office on their desktop. However, if your company is only using 20% of the advanced features in those programs, it might be worth a look at Google for its strengths in other areas. In short, Google Apps is less familiar but adequate in the applications area, but superior in other areas.

Google Apps faces additional challenges because of the inability to transfer Excel data into Google spreadsheets, shared calendar issues, and general compatibility problems. Office 365 does not have compatibility issues with Google applications.

Older users and companies generally feel more comfortable with Office 365 because of their familiarity with Office on their desktops and will require some training to get used to Google Apps. Younger, more tech savvy companies and workers, who proudly think of themselves as “Growing up Google,” will require no training to use Google Apps and generally prefer the Google brand.

Microsoft Office 365 is superior in all compliance areas. Google has improved its compliance issues by removing some barriers for HIPAA compliance in 2013. However, there are still issues with compliances in the public and education sectors.

While Microsoft Office 365 has improved with its search capability such as with the Delve App, Google remains the leader in this important function, which is the cornerstone of the company’s brand. 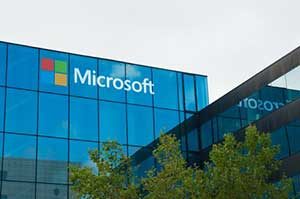 As noted in an earlier blog post, the usual best overall solution for small companies is transitioning to an all cloud environment or to a hybrid model where email and some applications are on the cloud, while sensitive data files and applications are housed on a dedicated server.  Office 365 excels in both recommended scenarios as it was designed for either a pure cloud or a hybrid environment.  Even though Google was earlier to the cloud, Google Apps is purely cloud-based and not designed for a hybrid environment. Thus, your company must make a decision to fully commit to the cloud when using Google Apps versus a more gradual transition when using Office 365.

In summary, when considering Microsoft Office 365 vs. Google Apps each company must make the decision that best suits them. The first decision for your company is whether to use a dedicated server or to use the public, private, or hybrid cloud models as explained in earlier blog posts. If your company decides on one of the cloud options, you will then normally need to decide between the two dominant email and office application cloud options: Microsoft Office 365 or Google Apps. Although more companies prefer Microsoft Office 365, which wins in an overall head-to-head comparison, there are a growing number of smaller, tech-savvy companies who prefer the specific strengths that Google Apps offers.  Companies are always concerned with cost, but they also must consider the specific feature sets, security safeguards and user experiences of the two platforms. Both options have strengths and weaknesses, thus your company must take a careful look at how its unique business needs are best served.

Network Depot will be happy to assist your company in assessing its business needs and recommending the right solution for you.