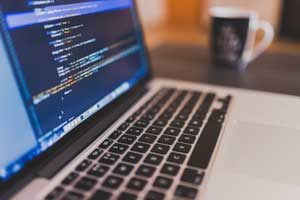 After reading many articles and attending various cybersecurity conferences in recent months, I found one consistent theme that emerged above all others: Amazing new online-related technology is available and will keep being developed at breathtaking speed, and new cybersecurity threats will be accompanying them every step of the way. Thus, these new developments provide small businesses and users with impressive capabilities, but also legitimate reasons for concern.

The first part of this theme gives one a sense of awe as the development pace of online technology accelerates and makes what was once thought of as science fiction into reality. The second part of the theme gives one precisely the opposite feeling: A sense of real unease as cybercriminals continue to find clever ways to exploit vulnerabilities arising from these new developments.

The Number of Vulnerable Online Users Will Increase

One eye-opening image from a recent presentation showed the connections of the entire new internet in 1977 with a relatively simple flow chart. One or two regular-sized 8 X 10 sheets of paper captured the entire web of connections between the handful of universities, research centers, and government organizations using this new invention. Almost nobody knew about the internet then and no one at that point could have possibly grasped where this invention would take our world 40 years later. It’s equally hard to imagine where this technology will take us in another 40 years. Currently there are so many billions of internet connections around the world that it is impossible to accurately depict them with graphs or charts. We are still far from reaching the limits of internet technology and there are still many potential users who do not yet have online capability.

The best estimate is that about half the world now has online capability. The majority of the new online users are in developing countries and have online access through their cell phones. On the one hand, the growing online access is beneficial to the new users in the many ways most of us take almost for granted. However, the new users in developing countries have not yet been hardened and trained by exposure to the many cybersecurity threats that we have long since encountered and learned from through negative experiences. These developing country users represent a robust new market for cybercriminals to exploit. And, because of the interconnectedness of so many transactions and communications, they will only help to spread more malware possibilities throughout networks around the world.

The internet’s power and reach is becoming ever more evident at work and home. For example, as discussed in a previous blog, through the power of internet technology and mobile apps, executives can run their businesses from a smartphone from virtually anywhere at any time. Companies of all sizes are increasingly moving more and more data and functions to the cloud. At home, the Internet of Things (IoT) will become an increasingly more influential part of our lives. Along with our workplace, our homes and vehicles are becoming more and more interconnected with a wide range of sophisticated new smart devices including refrigerators, thermostats, and other appliances. With new developments in artificial intelligence and sensor technologies these devices have the ability to monitor consumption, make decisions, and even perform transactions to replace supplies as necessary.

As a result of these developments, work functions and data have become more mobile and accessible, and home life is being made more convenient. However, a simple but consequential problem remains: the more network connections there are at work and home, especially those that involve financial and personal information, the more vulnerabilities there are to cybersecurity threats.

Too Many Overconfident Millennials

It is hard to go online or on any media and fail to see how quickly the millennial generation is starting to assert its leadership in so many areas. They are the driving force in a wide array of new companies creatively finding ways to use the latest developments in internet technology to make people’s lives easier and to profit handsomely from their efforts. The Millennials are the precocious generation that grew up with laptops and cell phones in their hands, maneuvering with ease through all the latest technological developments into adulthood. Their confidence and competence with technology is impressive. However, unfortunately, many of these masters of the universe can’t write a sentence in cursive or use a folding map if their GPS dies. Many have simply become too dependent on technology and don’t have a plan B if an application fails or is compromised. Similarly, because of their overconfidence, their attention to proper cybersecurity protocol sometimes wanes with potentially disastrous results. When you combine these overconfident users with the growing number of untrained users from the developing world, it becomes clear that the internet will remain a target-rich environment for cyber criminals into the foreseeable future.

Another takeaway from my recent research: there are a lot of bad actors out there and many of them are organized and well-funded. They are also committed to their nefarious craft as the monetary rewards can be significant. Cybercrime is a thriving business and its tentacles reach worldwide. It’s not a matter of if they will try to hack your systems, but when. Small businesses often make more attractive targets because of their inattention to their cybersecurity. In addition, all these great developments in internet technology have opened up new ways for the growing number of bad actors to gain access to your sensitive data at work and at home. 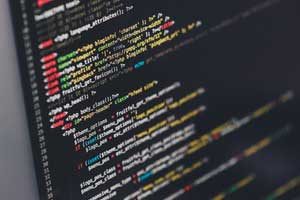 The biggest weakness of any network remains a poorly trained and supported end user as a staggering 95% of security breaches involve human error. In previous blogs we have detailed the ways small businesses and personal users can best protect themselves from the real cybersecurity threats out there. As a small business, your defense should involve the assistance of a skilled IT Support team, the latest effective anti-malware and encryption applications, and a team of employees well-trained in effective cybersecurity protocol.

The main goals of your cybersecurity efforts should be to take the necessary steps to prevent access to bad actors and to minimize the time they are on your network undetected, known as “dwell time,” if they do breach your defenses.

In short, as you continue to explore and embrace the fascinating new developments in internet technology at work and at home, remember to also devote sufficient time to keeping your cybersecurity applications and protocol at a high level.

For assistance with cybersecurity or any other IT-related issues, please contact us here at Network Depot.