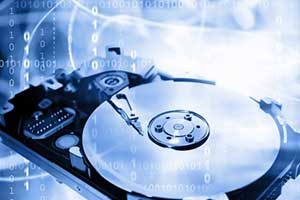 Computers have a lot of moving parts to them. A network system can be very complicated, and unless you have the time to spend learning about everything (which most business owners do not), you really just need a system that works. However, if you do familiarize yourself with some basic functions, you can end up making smarter, more efficient decisions regarding the IT for your company.

That’s why we wanted to explain one of the most basic differences when it comes to the amount of space you have available on your system- RAM and Hard Drive.

What Do They Do?

Both of these pieces perform the same basic function- they store information and make it available to you. The difference is in the roles they play in how they store that information. To better understand the differences, it helps to explain their relationship.

The easiest way to understand the relationship between RAM and hard drive space, is to think in terms of the human brain. The hard drive is the long-term memory, and the RAM is the short-term memory. They work together to help store information as needed, and make sure it is available when you need it- whether that is ten minutes from now, or ten years.

Basically, when you want to retrieve something from your hard drive (opening a program, pulling up an old document), the RAM acts as the middle man. It will communicate with your hard drive, and pull up the information from the hard drive for you. So, whenever you open up a file of pictures or reports, you are actually looking at it off of the RAM, not the hard drive itself.

That is why, when your computer starts slowing down, one of the things an engineer will check is how much RAM you have on your computer. By getting more RAM, or replacing old RAM with newer versions, you can increase the speed of your computer.

It is important to note here though, that sometimes just increasing or replacing the amount of RAM is not enough to fix your computer. In some cases, you need to look at the CPU (Central Processing Unit) to determine if the problem goes deeper, to the brains of the computer. To learn more about CPU, read this blog post 9 Phrases of IT Lingo You Should Know.

So, if it turns out the problem is with your CPU speed, adding and/or replacing RAM is not going to help speed up the machine.

RAM is a really important part of your system. It may seem small and insignificant, but if your RAM is not working properly you will quickly feel the impact.

Now that you understand a little more about what RAM is and what role it plays on your computer, you will be able to make more informed decisions about what you need in order to keep your system, and therefore your organization, running as efficiently as possible.